I arrived in Shanghai, Pudong International Airport, on a cloudy September day. But the grayness of the sky could not dampen my enthusiasm for being in China again – I have been invited as a speaker at the PMI China Symposium 2017. While I have spoken at many symposiums, including a recent presentation at the PMI EMEA Congress in Rome just four months earlier, China and especially Shanghai is different. I am excited to be in Shanghai, the city of my birth and youth. I am a native Shanghainese.

On the first day of the symposium, I was utterly shocked by the sheer number of volunteers and attendees. The volunteer who guided me toward the main hall mentioned that there more than 2000 participants and about 200 volunteers. I spoke briefly with Mark Dickson, the Chairperson of PMI, that morning, and he stated that the PMI China Symposium is now the 2nd largest in the world, right after the North American Congress. Wow! During the opening remarks, Bob Chen, President of China mentioned that there are now 180,000 active PMPs in China. Put this in perspective, that’s one out of every 5 PMPs in the world. The growth of project management in China is nothing short of amazing. 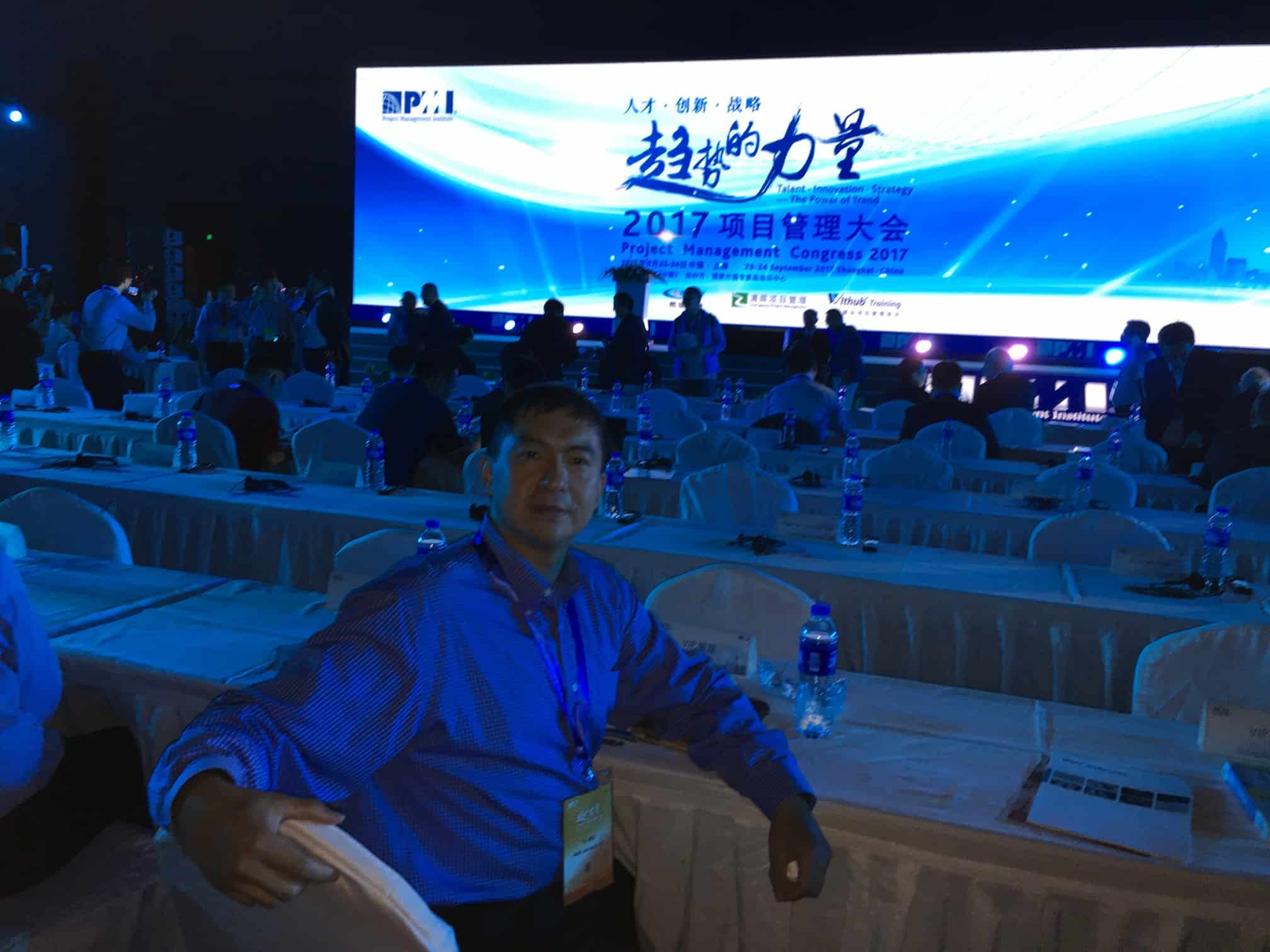 Day 1 was fabulous with a long list of impressive speakers. But it was the first session of Day 2 that made the most lasting impression – standing room only. For a 9 AM session on a Sunday morning, I attended a presentation about Alibaba Double 11 Large Project Management. I estimated the large room to have about 200 seats, and people just kept on coming. By 9:15 AM, every seat was taken, every corner and side of the wall were taken, the aisle had participants sitting on the floor, and the two entryways were jammed with people. I estimated there were about 300 people in the room, with 80 people standing or sitting in the aisle and another 20 people floating around trying to find a place to observe. I did not attend the other five forums but based on anecdotal conversations; they were equally well attended. I also observed that most the attendees are younger, between 25-32 years old. They were enthusiastically grasping on to every word of the speaker. With every advance of slides, the smartphones and cameras were raised to take a snapshot of the slide. It was a truly impressive experience. I am not sure where else in the world would I find 2,000 active learners at 9 AM on a Sunday morning.

My presentation, fortunately or unfortunately, was the final presentation that started almost 10 minutes later at 5:25 PM. It was a part of the International Forum in which the presentation was delivered mainly in English and not Chinese, and thus, it’s one of the less attended forums since most people are more comfortable with Chinese. I thought I would have an empty room, but I was wrong. About 60 people attended, and these are probably the 60 most intense learners – staying behind to listen to an English presentation that’s being translated to Chinese in real time). At the end of the presentation, there were many enthusiastic questions about portfolio management, which eased my concerns as the final speakers of a long day. Perhaps the most important part for me is the thoughtful consideration of the event organizer, the PMI volunteers who assisted me with the room tour, and the many attendees who as prompting but gentle questions probably just to make me feel good of being home in my native city. Welcome back Te to Shanghai. I am grateful to PMI China for having me there and the most avid learners that stayed until the end.

Since some attendees asked for the presentation, please click here for the PDF version. The password to open is “pmoadvisory.”